Finland-based Carbodeon and Netherlands-based Tiamet 3D collaborated to produce the world’s first NanoDiamond-enhanced polymers for 3D printing. The recent announcement by the companies revealed that this new and unique material will significantly improve the thermal and mechanical properties of 3D printed objects. 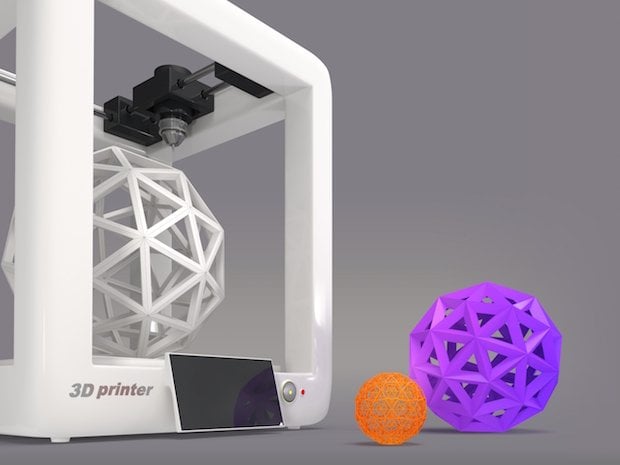 Carbodeon and Tiamet 3D have announced the first NanoDiamond-enhanced filaments for 3D printing with a 100 percent increase in tensile strength/Image Credit: Carbodeon

Carbodeon is a manufacturer of carbon-based nanomaterials which are sold under its uDiamond® brand while Tiamet 3D is a Dutch 3D printing company specialising in developing advanced materials. Both these companies have already collaborated to produce high-quality materials for 3D printing.

The NanoDiamond-enhanced filaments are produced with a jointly-patented technology which offers superior quality material with improved thermal and mechanical properties.

NanoDiamonds are diamond particles with a size of around 5nm. They are created by a process called as detonation synthesis, which enables the diamond particles to bond to the original parent material to create a new set of unique and exciting properties of various nanocomposites.

While talking about the new technology, Carbodeon CEO Dr. Vesa Myllymäki explained, “NanoDiamonds offer the potential to make 3D-printed components that perform as well as or better than comparable injection moulded components, but with massive cost reductions and production speed improvements, especially for the prototype, on-demand, and short-run production.”

The new polymers will be in the form of 3D filaments with Polylactic Acid (PLA) as its base. These high-performance thermoplastics will have a huge potential in almost all manufacturing streams. But researchers believe that these enhanced polymers will be crucial in automotive, aerospace and electronics industries. The improved thermal and mechanical properties perfectly suit the requirements of the said industries and the additional benefit of enhanced conductivity and tensile strength of the base polymer will be helpful. NanoDiamond can substantially raise the glass transition temperature of the printed products making the product more robust and reliable and durable for working in extreme conditions.

The strategic partnership extends from jointly developing filaments to supplying of the NanoDiamond filaments to Tiamet 3D by Carbodeon. Whereas both Tiamet 3D and Carbodeon will sell the products at their end.

Carbodeon Ltd Oy develops, manufactures and supplies NanoDiamond additives for metal finishing, polymer thermal and mechanical compounds, polymer coatings, CMP polishing and a range of other applications. All Carbodeon products are sold under the name uDiamond®. Carbodeon holds patents both on the materials and their key applications.

Tiamet 3D was created in 2014 to tackle the core problems surrounding Desktop 3D printing. Tiamet 3D is now ready to supply you with the most advanced, custom tailored, 3D printer filament.

By MANUFACTUR3D
1 Mins read
Stanford University researchers have developed a new composite 3D printing material intended primarily for use in nanoscale lattice-like structures used to protect tiny underlying components (such as those in electronics).
CASE STUDIES